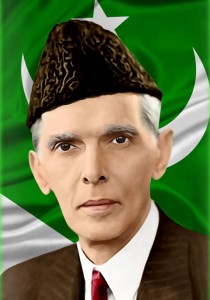 I’m not sure if there was any effort put into selecting the name Quaid-e-Azam Solar Power for Pakistan’s pioneering utility scale solar park, the biggest and most ambitious project of our county, or maybe it was only a fail safe choice.

The news from Bahawalpur initially were that our C.M. of Punjab established the company to build a 1000 MW solar park. I’m sure the planners/conceivers of the project at the time would’ve thought that 1000 MW must be a mountain to climb. Even though not a single MW is generated yet, but it sounds like 1000 MW was too small a target. They might as well have announced 10,000 MW.

The interest in the project is so huge that people, companies and countries from all around the world are lining up for a piece of the project. It is hard to understand that just a few years ago, this country was on the cover of Time magazine as the “most dangerous” county in the world. It’s not just our Chinese friends who are showing interest in building mega solar farms; companies from Canada, France, Dubai are using their influence to get a share of the pie.

Looking at this tremendous interest, Quaid-e-Azam solar has pulled out all the stops, and has already hired a “technical consultant”, and now are evaluating bids for “client’s engineer”, while waiting for bids for “legal consultants” as well as “financial consultants”. Dozens of foreign companies are looking for local partners to form joint ventures and win these lucrative contracts. The bee line by the various representatives of world renowned companies at the local Quaid-e-Azam solar office is an awe-inspiring scene.

Like the selection of the company’s name, I’m not sure again how successful the outcome of this activity will be, but what a start and what a name.