The rise of utility scale solar 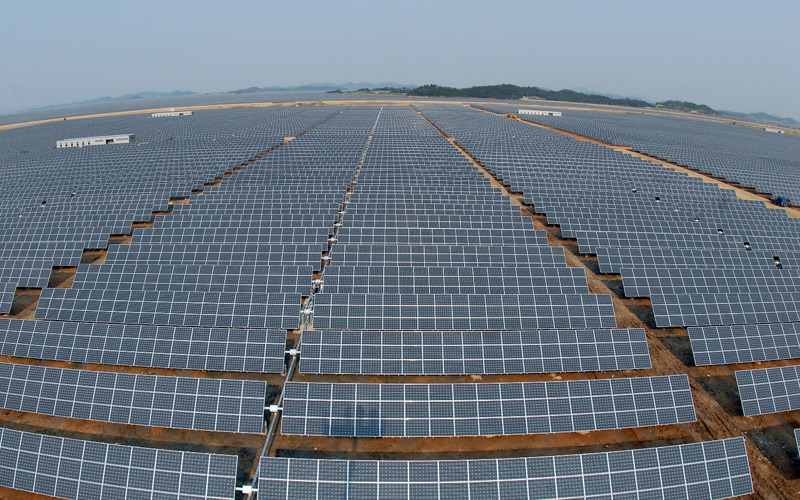 It is amazing when you watch different things evolve over time, it’s certainly more amazing when these things are not living things. Just look at the music evolution, from gramophones in 1895, cassettes in 1963 and CDs, DVDs and Blu-ray Discs of today. The beauty of evolution is that it’s very difficult to predict the next big breakthrough. The changes in technology benefit some and make some obsolete. It changes people’s lives in ways they have not imagined, because like living things, it has a life of its own, a mind of its own.

When solar panels came out in the beginning, by in the beginning I mean, when people started installing them on their roofs, 10-15 years ago, everyone thought that Utilities like Wapda, and other utilities world over were its natural rivals. Fast forward to today and it’s mind boggling to see that it’s the utilities who are installing these monstrous sized solar parks at a rate and scale that’s un-imaginable by home consumers.

The price of PV has come down so dramatically in the last four years that it’s cheaper to install a solar PV park than to install dirty coal fired power plant that are publicly hated. It was in the news last month that ABB won a 100 MW solar park contract in Canada for 80 million Canadian dollars (76.8 million USD). This shows that 1 MW is less than 1 million dollars, which is the benchmark price of coal fired power plants.

I’m very interested to know what price we get in Pakistan’s Cholistan desert. In solar power the price of land is a major cost factor, but in Bahawalpur, the land has been given free of cost by the Government of Punjab. Another piece of news states that “Canadian solar Company” will set up a 500 MW solar project at Quaid-e-Azam Solar Park, at an investment of 1.75 billion dollars, while Govt. of Punjab will provide free of cost land. It’s not a secret that doing business in Pakistan is certainly more difficult in more than single way, so the increased cost is understandable. This cost is not arrived after “International Competitive Bidding” so the true price can be judged after the 100 MW solar power project for which Quaid-e-Azam Solar Power have shortlisted 13 companies from a list of 45 companies.

I knew that the 100 MW project in Bahawalpur is generating a lot of interest, but it’s still a big surprise for me that 45 companies, many with multiple partners and joint ventures turned up for the project.

I cannot express how much I wish for this project to be a success, and to lead us in brighter directions and amaze me in ways that I know I cannot imagine right now. History is on our side, new technologies  have a life and mind of their own. Let’s hope we get off to a brilliant start, and as they say “well begun is half done”.